A downloadable game for Windows and macOS

What's the game about?

In this game, you play as Fungy, whose plant friends are dying due to climate change. Your goal is to go around and convince the residents of Zoozoo City to team up with you against Govcorp and take measures to stop climate change! You will enter dialogue-based combat and use rhetorical strategies to convince these characters to join your team!

The game is filled with caricatures of contemporary characters, such as:

Each of these characters' personalities allow for fun witty dialogue and cultural references that easily resonate with contemporary audiences!

In addition, this game ends up providing players with information about climate change in a way that is completely embedded, and does not overwhelm the player as an "education game." An increasingly hot topic, we believe that Fungy is at the forefront of culture.

Sounds cool! The project  was paused?

Oh, Itch.io user, I'm glad you asked! The version that we have currently released is only a fraction of the final vision we have for Fungy. We would like add an entire prequel where you are playing a normal cute RPG with Fungy's plant friends with classic quests like deliver this message, bring me some food, etc.. All of a sudden, they start dying and the game takes a very different turn.

Currently, the dialogue-based combat is linear, but we would actually like to expand on this and create a combat-system that makes the game more engaging and challenging.

Finally, there are many characters that we would like to add.

We only had a month to make this game, so we had to say no to a lot of these decisions, unfortunately. But, we believe that Fungy can be much more with the help of an audience who cares and wants to see more of what we can give. We are not asking for much, simply a rating and a comment will help us so that we can prove interest enough to start a Kickstarter in the future!

Hi, the game looks lovely. The dialogue characters are kind of oversized - perhaps make them smaller in a portrait at the side. Climate change is a hot topic nowadays. Keep up the good work.

The game dialogs are really funny even when talking seriously about a depressing issue. I enjoyed it a lot. The interaction with the influencer was the funniest one yet. The only thing that I slightly didn't like was scaling the character pixel art during to the dialog but I am being nitpicky here, I just like having all the pixels at the same size.

Thanks a ton for the feedback!

im glad i came across this game because i love it! the characters and skills are amazing. i love that you have to take things one at a time, and have an interaction with GOV CORP everytime you get someone new. very good game, keep going :)

ah, thank you so much. It means a ton to us. We are glad you enjoyed it

If you can leave a rating, it helps us immensely!

I love the concept and main theme. It has a unique, peaceful style. I cant't draw the attention all of people :(

Thanks to the Jersey, keep going!

Reply
Loki Nighton128 days ago(+1)
We delve into the witty, charming and fourth wall breaking ‘Fungy’ by @FonsecaJersey
and friends as an Itch Dot io Indie ‘xtra!

Be prepared to fight the good fight as you canvas your local town to raise awareness of global warming and fight GovCorp!

Side note: Voice may have become a little growly after narrating one character in particular... totally worth it though <3

Itch Dot Io video coming up this Friday but I had to say oh my heck this game is adorable, cute and full of character <3

I may have strained my throat a little though for the voice I gave GovCorp :P

Wow! We are so honored.

Thank you so much for playing and we look forward to hearing that voice!!!

Also, I'm sorry, but can you please also rate the game on itch? It would really mean a ton to us! 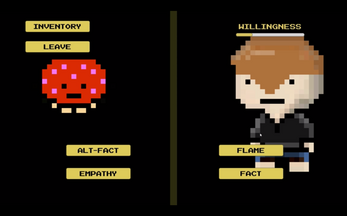 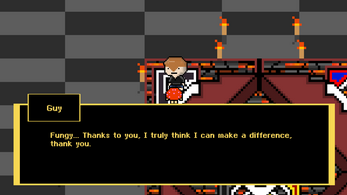 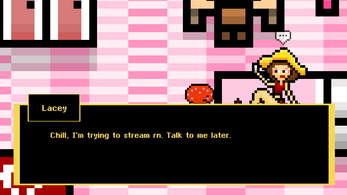 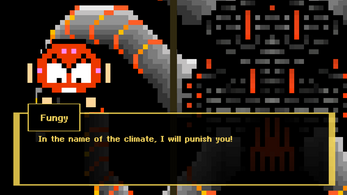