A downloadable game for Windows and macOS

The world of Limbphomania is one in which even baseline assumptions regarding health and bodily autonomy are not to be taken for granted. Limbs are now a currency, and humans are genetically programmed such that they fall off at regular intervals, turning body parts into a currency of their own. Playing as a worker in a limb factory, your character must navigate their way home and try to navigate the social ladder, hoping to not lose a leg in the process.

Limbphomania is a 2D platformer/side-scroller where a player attempts to get home from work, but is constantly spoken to by those he passes. The side-scroller format was chosen for two primary reasons: 1) it is a familiar format that encourages forward movement and speed, and 2) the structure of the side-scroller aligned closely with the presented narrative objective of “going home”, emulating the fixed and seemingly direct path one would take in their daily commute. We chose to include platforming elements to appeal to the player’s discovery instincts and drive to get to the next platform. The only way to do this, however, is to steal limbs, which can result in narrative consequences. The three platforms are meant to roughly signify class divides in the modern economic world, while the only way to advance to a higher tier of society is to engage in the very structures which are causing the decay. After all endings, the game immediately restarts itself, urging players to engage in different (and potentially immoral) actions to experience all four of the endings.

Disability Theory and Representation In Videogames

Disability theorists argue that “disability tends to be figured in cultural representations as an absolute state of otherness that is opposed to a standard, normative body” (Snyder, Brueggemann and Garland-Thomson, 2002, p. 2). From this perspective, “the ‘problem’ is not the person with disabilities; the problem is the way that normalcy is constructed to create the ‘problem’ of the disabled person” (Davis, 1995, p. 24). Limbphomania seeks to make explicit the dominance of ableism in videogames. As mentioned, it is rare to see protagonists of videogames that are disabled. This is accomplished in two ways: first, through the narrative world, and secondly, through mechanics.

We attempt to depict a dystopian reality through the narrative world of Limbphomania . Disability is not a state of normalcy by nature of the world, yet the disabled still deal with disability harassment. In a world where limbs decay over time, the amount of limbs one has is not the state of otherness previously mentioned, but instead a state of existence that occurs everyone. This normalcy of various bodily forms are intended to force the player to reconstruct the “longstanding associations of stigma with bodily difference” (Snyder and Mitchell, 2006, p. 168). To further push this reconstruction, Limbphomania subverts the cultural conditioning of movement mechanics. If the player ends up with a limb from those in the lower class (differentiated by limb color), the movement keys are reversed, throwing the player out of their conditioned mindset and force them to rethink what controls they are using. In addition, the characters in the lower class slightly blend in with the background. The dialogue triggers when the player walks past them, however, creating the experience of color-blindness in video games.

This may sound redundant because there is an aspect of cruelty in all commodification, but Limbphomania portrays a very specific type of commodification. Cruel commodification is when something that is necessary to one’s survival, like internet in contemporary society, or even water, is commodified. The commodification of limbs is made obvious through the advertisements of limbs. The limb, something that is vital to people’s lives, that people are constantly attempting to obtain as a means to a better living situation, has become a commodity. This commodification is a direct exploitation that appeals to people’s wish for a better life. We use ads that are easily recognizable in modern society as a method of Detournement, an art technique popularized by The Situationists, a group of philosophers, artists, and intellectuals from France in the 1950s.

Detournement reappropriates objects in popular media and adds their own spin on them. This specific detournement asks “What are corporations actually advertising?” Many companies use sexualized women, and create the image of happiness when marketing their products. The advertisements of limbs seek to expose the factors often hidden behind these advertisements.

This game certainly was created with a Marxist framework in mind, with the different tiers of society being stand-ins for the proletariat and the bourgeoisie. Because the player is a laborer in a factory which creates disposable limbs, they are already narratively complicit in the profit-driven genetic decomposition of people’s bodies. However, throughout the game the player is provided with interactions which provides ample opportunity to reflect upon the structure of the world and illustrates how it is built upon hierarchical inequalities which damage all. The idea of the exploitation of the proletariat is taken to its logical extreme, where their bodies along with their wants and needs are driven by the cycle of capitalist industry.

For Mac, download and run the code. It'll tell you you can't run it because im not Blizzard. Go to your security settings and click open anyway in the bottom right.

For windows, just unzip the file and click on the .exe in the folder. 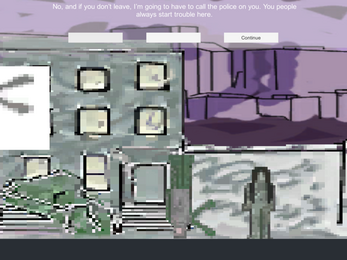 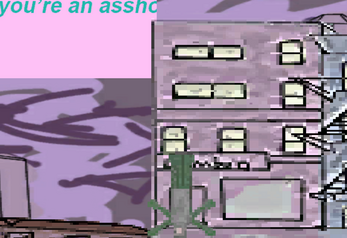 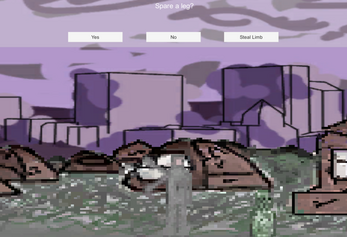 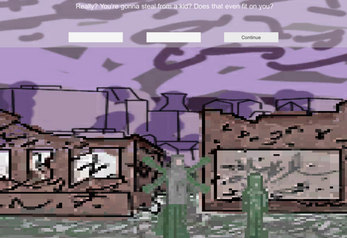